Raijor Batori is a forthnightly magazine of the Information and Public Relations Department. The main objective of this magazine is to create awareness amongst the people by keeping them informed about the plans, policies, programmes and development schemes of the government. It carries the state's news, views and achievements. The aim of this magazine is to mobilise popular support from the general mass.

In 1972, Raijor Batori started its journey as the only government newspaper from DIPR, Assam. Althought, the newspaper publication had been halted for sometime, it has always acted as a facilitator and a strong medium to reach out to the mass people. This is a major reason why it was republished in the form of a fortnightly magazine on December, 2016. The main mission is to bring the people of Assam closer to the Government. As such. great emphasis has always been given to the youth and people in general to particiate and avail the different welfare schemes available for their benefit.

Magazine can be downloaded from the links below: 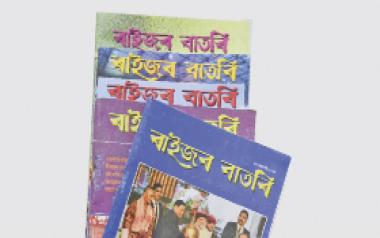